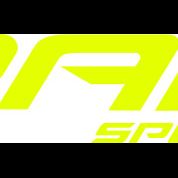 In reality, not really. What you are seeing is the result of too many years of fierce competition between golf club companies for sales.

Three things primarily determine the distance you hit a golf ball: the loft of the clubhead, the length of the shaft, and the speed with which you swing. There is also this: the longer the length, the lower the loft,the heavier the weight and the stiffer the shaft—the harder the club will be to hit. Over the past few years your swing speed has probably stayed about the same, but the loft angles and the length of your clubs have not.

Little by little over the past 25 years or so, in order to say their clubs “hit farther,” the club companies have been tinkering with the loft angles on the faces of your clubheads—lowering them a bit at a time every so many years. As a result, every club has moved “up” by almost two numbers. So, when you go to a driving range for “demo day” and you hit that new 7-iron farther than your old 6- or even 5-iron, you now know why. It’s because that shiny new 7-iron in your hands was a 6-iron only a few years ago, and probably a 5-iron a few years before that.

Vanishing lofT Disease Evolution of Men’s Wood & Iron Lofts
In some ways it would be comical if it didn’t have such expensive results. It has resulted in golfers buying clubs that are, in effect, designed from the factory to be un-hittable in the hands of the average golfer, and has forced golfers to buy additional clubs that they otherwise would nothave needed.

Again, let me start with some background. In the world of Clubfitting there is something called the “24/38 Rule.”

Basically, it says that the majority of golfers cannot consistently hit an iron that has less than 24-degrees of loft or more than 38 inches of length. The reason is that a club like that requires swing skills that most golfers do not have the ability to acquire.

Thirty years ago the 24/38 line fell on the other side of the 3-iron. So, when you bought a typical iron set of a 3-iron through pitching wedge, you could reasonably expect to hit each of those clubs. Because of the “vanishing loft disease,” the 24/38 line has now moved to the shy side of the 5-iron—making the 3-, 4- and even the 5-iron un-hittable formost golfers.

So, what are you supposed to do? It’s simple. The club companies want you to buy three more clubs to compensate for the corner that they painted you into. You can now  buy “hybrid” clubs, which are easier-to-hit substitutes for the 3-, 4- and 5-irons that are no longer hittable by the majority of golfers. In addition, as all the irons have now moved up and away from the sand wedge, you are now can buy something called a “gap wedge” to fill in the “gap” they created with their loft-shrinking new clubs. 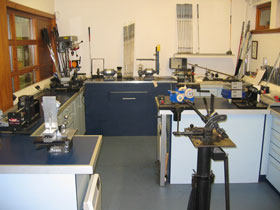